The doctrine of harmony according to Pythagoras

The real reason of my interest in the frequency therapy over 18 years ago was my scientific argument with the harmonic laws of Pythagoras. It is about the doctrine of harmony according to Pythagoras.

The focus is on the doctrine of harmony according to Pythagoras.

The origin of the word “harmony” is a verb with the meaning “to arrange and add”. Order, assembled from tone and number, effluent into a harmony of the world (cosmos), corresponds to the original concept of harmony, as Pythagoras and his followers had designed it.

Pythagoras’ basic idea is: “The whole universe is harmony and number.” Here you have to consider that the Greek word for harmony at the same time means “the octave”, i.e. the musical interval which includes all tones and always repeats itself continuously from low to high.

For their studies, the Pythagoreans mainly used a measuring instrument that has become known as “monochord” over which over a length of 1.2 m one or more strings were stretched, which could be tuned similar to a guitar. Under the strings chevalets could be moved freely and different lengths could be measured.

With a monochord the following experiment can be carried out: we put a chevalet somewhere under one side. Then we pluck the side right and left of the chevalet and move until we have the same tone on both sides. This tone is then in terms of the keynote of this site, the same time but just an octave higher.

Now we measure the distance to the right and left, and if we “listened correctly”, we have halved the length of the base side in exactly two equal parts.

Of course you can, and that is very important to understand, run the same experiment in the reverse order, i.e. halve a site by measuring in two halves to then determine by plucking that it was the upper octave of the keynote.

So there is reciprocity of side lengths and frequency.

Here you have to take a moment and look at something that, to my knowledge, is unique, namely

an exact correspondence between a scientific mathematical relationship and a sensory organ.

We all grew up in a world in which our senses appear to obviously be something very subjective, also nominally expressed by everyday wisdom like, “it is in the eye of the beholder”, and suddenly we discover the fact that hearing is able to capture an exact law.

It would, of course, go beyond the scope of this lecture by far to continue this issue in detail with all the consequences, whereby it certainly could be the topic for the next meeting of the work group. At this point for further understanding of harmonic frequency therapy according to Baklayan it is sufficient when we recall the following fact, which, by the way each musical-instrument maker knows since the production of all musical instruments is based on this mathematical ratio and built according to it:

Just like the ratio of 1 to ½ represents a doubling of frequency and thus the same note of the next octave, therefore all remaining notes of an octave consist of such mathematical ratios:

In this way, for example, is the G in relation to C located at a third of the string length; it therefore corresponds to the ratio of one to three: 1/3. The other tones of the octave are likewise based on such mathematically harmonious relations.

It was – as I said – this scientific argument that originally awoke my interest for resonance therapy.

My basic idea all these years was, that the body with all its meridian systems and organs, as well in its functioning would consist of such proportionalities.

The incredible possibilities of frequency therapy have then first led me into a completely different direction, as

history proves it, but I have never forgotten these original thoughts. Incidentally, this idea is strongly supported by the Pythagoreans and various other schools.

As you know, a first breakthrough came in the detection of Meridian fundamental frequencies by eliminating the decrease of the pointer. This resulted in the Diamond Shield program.

Some of the frequencies from the Diamond Shield program were so safe and effective that I could take them as a basis of my observations.

When considering this question, which has moved me for nearly 20 years, one day I noticed something that was so simple that I could have slapped myself because I did not notice it earlier. It was two facts that were long known to me: 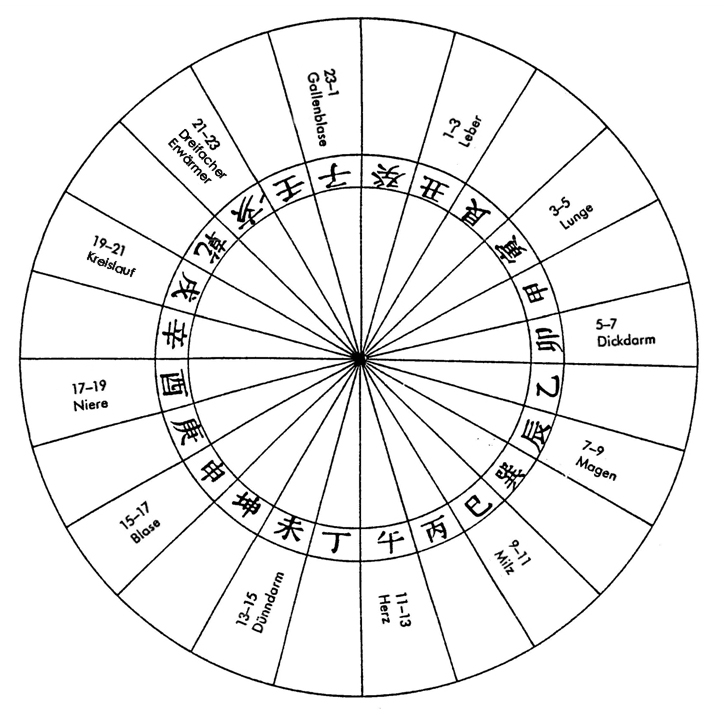 As you can imagine, I only had to combine this knowledge and thereby received a first table. Then it was easy to define by respective halving and multiplying all levels from the smallest to the highest.

In addition, the traditional Chinese medicine has known for thousands of years, that the transfer of energy from one meridian to another follows a carefully defined sequence. This phenomenon has mainly gained reputation in the West through the Chinese organ clock.

You can imagine the excitement that I experienced when this system revealed itself to me and everything fit together so beautifully. After I had this table that so to speak defines from bottom to top 25 levels, I asked myself the question, what effect each of these levels has.

Which procedure exist in this system?

(And it is quite clear that this is only the beginning.)

The easiest way here, of course, is to wobble this range and administer it to the patient. In general, it is sufficient if he holds the electrodes in his hand. Of course it would be better in case of the meridians that start or end in the feet to place the electrodes on the feet. More specifically it is of course if you place the electrodes directly at the start end point, whereby detailed knowledge in the field of acupuncture points is required.

For that reason alone all the things I have now enumerated are dizzying, and entirely new possibilities are opened up.

But there is a sensational possibility that I would like to present here.

Let’s once more look at the end of the lung meridian. This is, for example, at a frequency of XX.1 Hertz. In my testing on the basis of age, gender, right or left hand, health status and some factors that are likely to be unknown to us, the following area tests from XX to XX.2 Hertz.

Now we can take the lung meridian point in a patient and, starting with XX.00 Hertz we test until we determine its exact individual value. If we have this value, it is then a simple matter to automatically calculate all of his other values and levels with a special program, so that we have now defined his individual range of frequencies, so that we can upload it onto the person therapeutically. Incidentally, I have applied for a patent on this technical process.

Ladies and gentlemen, I would once again like to illustrate the scope of the just mentioned procedure.

Through the individual testing of a single meridian the entire program will adjust all the frequencies of all 25 levels x 12 meridian start and end points, i.e. 600 frequencies, for this patient individually.

All these possibilities, ladies and gentlemen, are programmed into the device newly developed by me. I want to introduce it to you with great pride today, the device: Trikombin Matrix-Discharge procedure which is based on a completely new energy concept, therefore it is not a bioresonance device, and with it the execution of the harmonic frequency procedure according to Baklayan is a child’s play.